Decades ago I entered five contests or exhibits which gave awards and there were two winners. Although the piece which received the biggest award was less creative than much of my work I was happy to get the prize itself. The other winning piece was good but not great. One of the losers should have lost but the other two were really good so after that - no more competitive exhibits for me! Lately I've loosened up a bit and submitted work to a few juried exhibits - even served twice as a judge. 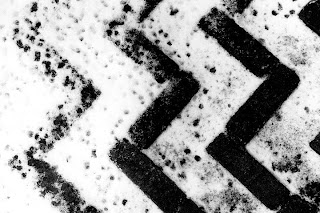 Last year juror opinions were as bipolar as ever. Progression - shown here - was rated 10 out of 10 by one juror and 3 out of 10 by another.

Maybe someday it will be understandable why intelligent, capable jurors reach such different opinions. Maybe not. I hope that my evaluations were fair when I served as a judge. Maybe not.
Posted by D. G. Adams at 6:10 PM